Round Trip    One Way

An extraordinary phenomenon that happens twice a year where the sunlight aligns on the face of King Ramses’s seated statue to celebrate his birthday one day and his coronation on the other day.

Although our king’s statue sits in the company of the Theban God of darkness who is said to have been connected to the underworld “Ptah”; the sunlight illuminates the seated statue of the king as well as the sun Gods Re-Horakhte and Amon-Re next to him only; leaving Ptah in the shadows all year. 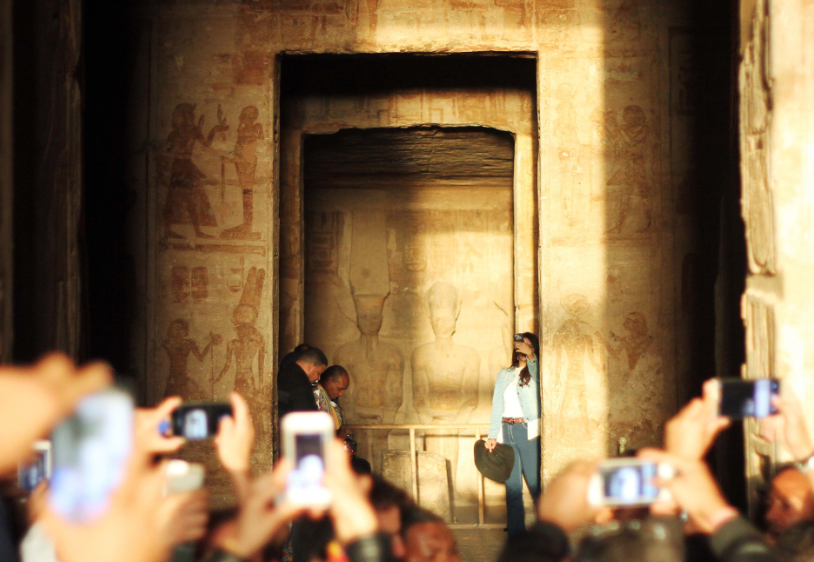 On February 22 and again on October 22, his birthday and coronation day respectively, you can witness this super unique phenomenon in Abu Simbel temple in Nubia southwest of the magnificent Aswan.

The phenomenon was first detected in 1848 by the British explorer Amelia Edwards and her team; they noticed the sunlight penetrating 60 metres in the temple’s structure passing through a narrow opening in its east side and ultimately hitting the Pharaoh's face within its shrine. The axis of the temple was smartly positioned by the ancient Egyptian architectsin that way to meet the sun rays ONLY twice annually. 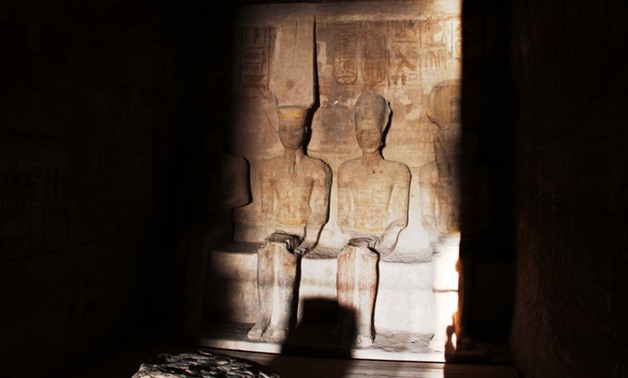 Yes this sounds like magic but obviously Egyptian myths are real!